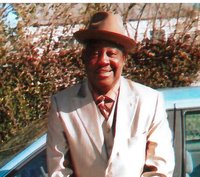 Edgar Fletcher Walker, (affectionately known as "Dee-lee") was born on January 30, 1950 in a log cabin in Emporia, VA to the late James H. & Earlene W. Walker.  He was called from labor to reward on Sunday, December 31, 2017.  In addition to his parents he is also preceded in death by his son Derek Walker; brothers Vernon Owens, Jeffery Walker, and James Walker; sisters Coretha Moore, Bretha Little and Nell Holley.

Edgar started his professional career with Norfolk Ship Building and Drydock Company as a Pipefitter Assistant from 1971 to 1973. He gained his license and was a certified Welder.  Edgar furthered his career advancing to a Sandblaster from 1973 until he retired in 1995.