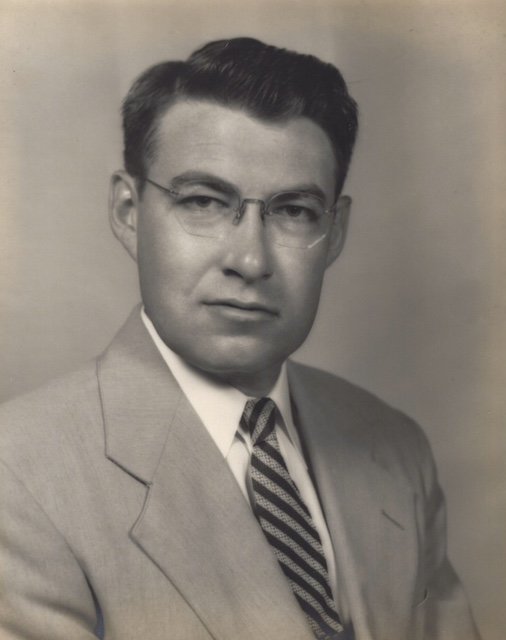 Please share a memory of Russell to include in a keepsake book for family and friends.
View Tribute Book
Russell Edward Simpson Jr., 93 passed from this life peacefully on November 2nd. He begins a new life with his wife Louise by his side. In 1947, he graduated from the Medical College of Virginia (MCV) earning a B.S. degree in Pharmacy. Russell was a lifelong member of Knotts Island United Methodist Church. (KIUMC) For many years he served as a Conservator of the Peace, whose jurisdiction was the Northern Virginia section of Knotts Island He was an avid hunter and fisherman, who enjoyed the outdoors and had a great appreciation for nature. In 1963, he and his wife established Oceana Pharmacy, which they owned and operated until retirement in 1985. He continued working as a pharmacist at Irwin’s Pharmacy until 2015. One of his greatest accomplishments was instilling values while passing on generational knowledge of ancestors, nature, trees, and wildlife to his three children. Russell was a member of the Ruritan Club, the MCV Alumni Association, the Virginia Civil Citizens Defense League, the Firearms Coalition, the Sons of Confederate Veteran’s and a life member of the National Rifle Association. Left to cherish his memory: Three devoted children Louise Anne Simpson Franklin, Jane Simpson Clarke, and Russell Edward Simpson IV. Three grandchildren Patrick N. Franklin Jr., Isaac J. Franklin, Anna Louise Franklin, Jacob C. Crim and Jordan M. Crim. He will also be missed by three great-grandchildren, and a host of loving friends. He is predeceased by one grandson Luke A. Franklin. A service in celebration of Russell’s life will be held at 1:00 pm, Wednesday, November 9th, at Knotts Island United Methodist Church. A visitation will be held from 6:30 – 8:00 pm Tuesday also at the church. In lieu of flowers the family request donations be made to KIUMC in Russell’s name
To plant a beautiful memorial tree in memory of Russell Simpson, please visit our Tree Store

Look inside to read what others have shared
Family and friends are coming together online to create a special keepsake. Every memory left on the online obituary will be automatically included in this book.
View Tribute Book
Services for Russell Simpson
There are no events scheduled. You can still show your support by planting a tree in memory of Russell Simpson.
Plant a tree in memory of Russell