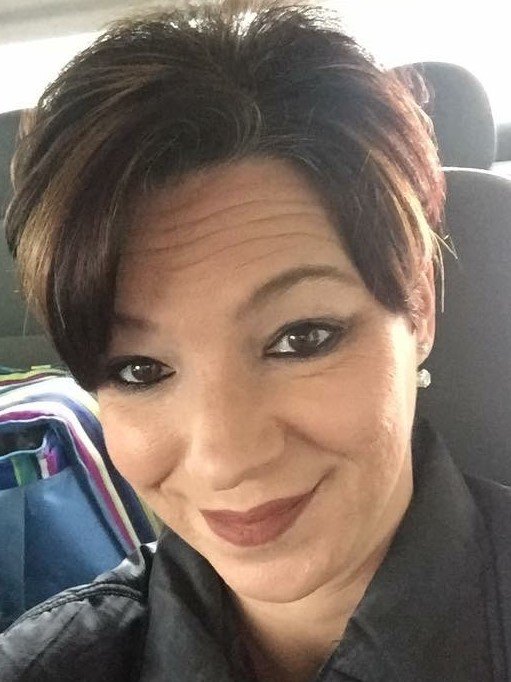 Please share a memory of Anita to include in a keepsake book for family and friends.
View Tribute Book

Anita Myrle Sherman, 48, died on October 26, 2018 in Moyock, North Carolina where she had been living for the last few years.  Anita was born November 1, 1969 in Detroit, Michigan, the daughter of Frederick and Karen Stewart.

Anita graduated from Franklin High School, Livonia, Michigan in 1987.  She moved to Virginia Beach, Virginia shortly after graduation.  She became a pharmaceutical technician working for Phar Mor pharmacy and she became a trainer traveling to different locations.  She also achieved her CNA.

Anita was involved in the culinary arts program in high school and really enjoyed cooking and baking.  She spent some time creating and decorating wedding cakes after graduation.  She also loved to dance and her friends nicknamed her “Fancy” as a result of watching her dance.

She worked as a waitress and bartender at various establishments and was appreciated by customers and co-workers.  She was awarded a certificate of appreciation from The American Legion on July 22, 2017 for her outstanding service to them.

Anita is survived by her two children: Benjamin Sherman (20) and Erica Sinclair (12).  She also leaves her parents: Frederick and Karen Stewart of Virginia Beach, Virginia and her sister Barbara (Robert) Eckfeld of Brighton, Michigan.

The family requests that in lieu of flowers, donations be made to the Alzheimer’s Association https://act.alz.org/donate.

To send flowers to the family or plant a tree in memory of Anita Sherman, please visit Tribute Store
Sunday
4
November