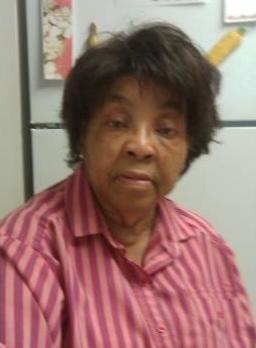 Please share a memory of Beatrice to include in a keepsake book for family and friends.
View Tribute Book

Beatrice Victoria Dixon departed this life on September 10, 2019 at Princess Anne Health & Rehabilitation Center in Virginia Beach, Virginia after a long illness.  Born in Dorchester County on August 4,1927 to the late Elder Benjamin and Charlotte Bolds.

She was educated in the public-school system of Dorchester County and Rock Hill College in South Carolina.  In her earlier years, she joined New Zion Reformed Methodist Union Episcopal Church.  As we all know, all things must change. Beatrice (Bea) decided to spread her wings. Bea moved to Bronx, New York. There she continued to attend Church and was employed at Workmen’s Circle Home and Geriatric Center until her retirement. After retiring she moved to Chesapeake, Virginia. There Bea joined the membership and fellowship of the Mount Olivet Baptist Church where she served in the Missionary Ministry until unable to continue to work.

Bea, as she was known, was a straightforward person, a firm person.  To all those who knew her, she was a true friend. Bea enjoyed reading books, dressing well and traveling.    She will be remembered for her warming smile, sense of humor, and her loving nature. She leaves to cherish her precious memories: One brother, Norman Bolds of Carson, California one sisters, Athanell B/Rev William Harris of Virginia Beach, Virginia, one sister-in-law, Mary Ann Bolds of Bowie, Maryland, and a host of nieces/grandnieces, nephews/grandnephews, other relatives and friends. God children, Louie and Catherine Bolds of South Carolina, Reginald and Lisa Keeton of Jacksonville Florida. She was preceded in death by her parents Elder Benjamin and Charlotte Bolds. Two sisters Carolyn Bethina Bolds, Juanita Bolds Cooper Keeton Singleton, two sisters-in-law, Dorothy Bolds and Rose Marie Bolds, four brothers, Benjamin Bolds Jr, Louie W. Bolds, Elijah B. Bolds, Melvin V. Bolds.

I have fought a good fight, I have finished my course, I have kept the faith

To send flowers to the family or plant a tree in memory of Beatrice Dixon, please visit Tribute Store
Sunday
15
September