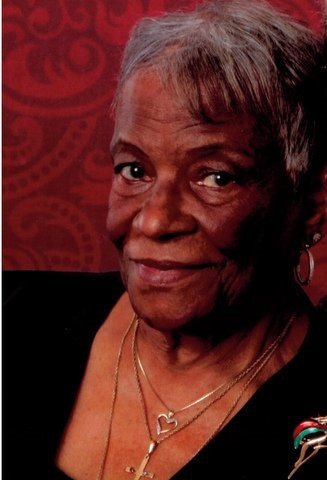 Please share a memory of Lois to include in a keepsake book for family and friends.
View Tribute Book
Mrs. Lois Ray Thaxton was called to eternal rest on December 11, 2020. Lois was born in 1931 to Henry and Virgie Lee Houser and raised in Autauga County, Alabama. After completing her education, Lois desired to leave the small Alabama town. She moved to Chicago, Illinois, launching a successful ice cream shop. She married and became a military wife, traveling to places all over the world including Germany, England, France, Austria, and multiple locations in the United States. Lois married Buford “Tony” Thaxton on December 19, 1960. With her son, Dywane Hall, Linel Buford Thaxton, and Cirrelia Ray Thaxton were added to the family. She settled in Newport News, Virginia in 1973. With her husband, Tony, she was a supporter of the Denbigh Military Retiree’s Club. Her love of children led her to the Child Development Center at Fort Eustis, from which she retired after many years. Lois is preceded in death by her husband, her parents and her siblings, Roosevelt Houser, Jimmie Houser, Henry Houser Jr, Pinky Bell Houser, Mary Jean Houser Lucas, and Solomon “Saul” Houser. She is survived by her children, Dywane Hall (Linda), Linel and Cirrelia Thaxton, her beloved grandsons, Tony Hall and Austin Hall, and a special friend, Mary Spells. Her siblings, Jay Houser, Sr and Vesta Houser Merkerson, and a host of nieces and nephews are left to mourn her loss. Due to COVIV-19 restrictions, the interment is private. The family suggests memorial contributions be sent, in memory of Lois Thaxton, to the GoFundMe account (Help Jessica Fight Breast Cancer by Jack Robbins for Jessica Walters) direct at http://gf.me/u/zb8f9r.
To plant a beautiful memorial tree in memory of Lois Thaxton, please visit our Tree Store

Look inside to read what others have shared
Family and friends are coming together online to create a special keepsake. Every memory left on the online obituary will be automatically included in this book.
View Tribute Book
Services for Lois Thaxton
There are no events scheduled. You can still show your support by planting a tree in memory of Lois Thaxton.
Plant a tree in memory of Lois