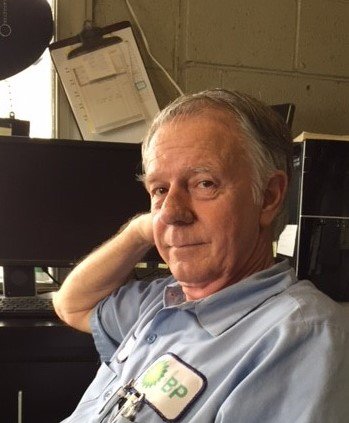 Please share a memory of Donald to include in a keepsake book for family and friends.
View Tribute Book
Donald “Don” Lee Allen, Sr., 69, of Virginia Beach, VA passed away peacefully at home on Tuesday, August 3rd surrounded by his family and with his loving wife of fifty years by his side. Born June 26, 1952 in Norfolk, Virginia, he was proceeded in death by his parents, Ollie F. Allen and Cora J. Allen (Putnam), and his nephew, Franklin Allen, Jr. He is survived by the love of his life, Gay (Parker) Allen; his two adoring children, Tara Allen Wemyss (Paul) of Pittsburgh, PA, and Donald Lee Allen, Jr. (Jaime) of Virginia Beach, VA; his beloved grandchildren, Jacob, Kayla, Hanna, Cordelia, and Trevor; and his great-grandson, Mason. He is also survived by his sister, Jo Ann Woodson (Larry); his brothers, Franklin Allen and Dennis Allen (Shelley); and nieces and nephews. Don was a hard-working man who was caring, kind, and dependable. Don started his career working side by side with his father at their family’s service station in the late 1960s. There he worked on cars, pumped gas, but most of all he found his love for towing for the local and state police. In 1981, he kept the family tradition going by taking over the station from his father. Like his father, he was able to work side by side with his son for almost 15 years. During his time there he touched many lives, created many friendships and grew a great extended family. At any time, he could be found swapping stories with his regular customers and numerous Virginia State Troopers that he loved so much. Over the years, he enjoyed visiting with his son and his family and traveling to Pittsburgh to visit his daughter and her family, and he took great joy in spending time with his grandchildren and watching them do the things they loved. Throughout his life, he was a devoted and loving husband, father, and grandfather. At the young age of 14, Don met the love of his life, and she was by his side as he took his final breath knowing how much he was loved. A memorial service in his honor will be held at the Carrow Baptist Church at 5545 Susquehanna Drive Virginia Beach, VA 23462 on Saturday, August 21, 2021 at 1 p.m. Donations in his memory may be made to the Kempsville Volunteer Rescue Squad at P.O. Box 62345 Virginia Beach, VA 23466, Carrow Baptist Church, or to the Alzheimer’s Association at alz.org.
To send flowers to the family or plant a tree in memory of Donald Allen, Sr., please visit Tribute Store
Saturday
21
August

Share Your Memory of
Donald
Upload Your Memory View All Memories
Be the first to upload a memory!
Share A Memory
Send Flowers
Plant a Tree