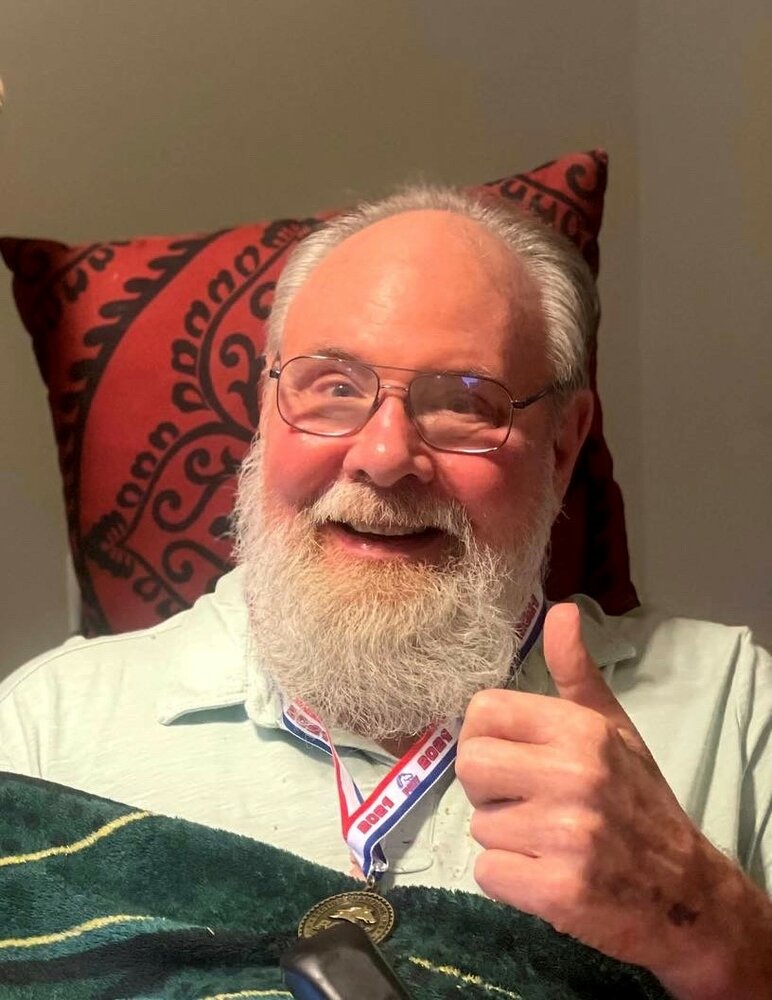 Please share a memory of Steven to include in a keepsake book for family and friends.
View Tribute Book
On January 19, 2022, Steven Franklin Pfeiffer went to be with his Lord and Savior Jesus Christ. After a 15-year battle with Multiple Sclerosis, he peacefully passed in his sleep. The former Steven Franklin Pfeiffer was born on December 1, 1951, to Aileen E. (Fleischman) Pfeiffer and Franklin G. Pfeiffer. Mr. Pfeiffer was propelled into the roll of patriarch of his family after his father died in a hunting accident. In that role, he loved and cared for his four younger siblings. Steven was a standout three-sport athlete at Hartland Arrowhead High School in Wisconsin. On April 7, 1978 he was united in marriage with Darlyn Joy Smitmier in Atlanta, Georgia. Steven spent his entire career working for Waukesha Foundry. Starting on the foundry floor, pouring castings, he worked his way up through the ranks. Despite the fact that he did not have a college education, he became one of the most successful salesmen in the company’s history. Steven was active in the American Kennel Club, where he raised and showed Afghan Hounds and judged many national specialties. Steven was an avid fisherman and Wisconsin Sports Fanatic. He could recite the statistics of his favorite athletes from memory. He never lost gift all the way up until his final days. Steven’s knowledge and love of sports made him an amazing youth sports coach. He invested his time and energy into forging young men on the baseball fields and basketball courts in Dodge County, WI into champions. Known as “Old Man” to friends and family he participated in some epic adventures. He was young at heart, and, until MS took his ability to do so, he would tackle any crazy adventures his sons or their friends would concoct. All of these adventures came with a mischievous grin and a thumbs up. Life was difficult for Steven. As a teenager, he witnessed his father’s death. His wife died tragically in a car accident, and his MS stripped him of his physical strength. Despite all of this, his faith in God grew mightily. He remained “thumbs up until the end.” Survivors are his sons, Joseph of Fullerton, CA and Stephen (Shelly) of Virginia Beach, VA; grandchildren, Joseph Oliver, Stephen DeLatte, and Madelyn Joy. He was preceded in death by his wife, Darlyn Joy and his granddaughter Brianna Lynn. If desired, memorials may be made in Steven Franklin Pfeiffer’s name to Steven "Old Man" Franklin Pfeiffer MS Memorial Fund - Fundraising For The National MS Society (donordrive.com)
To plant a beautiful memorial tree in memory of Steven Pfeiffer , please visit our Tree Store

A Memorial Tree was planted for Steven
We are deeply sorry for your loss ~ the staff at Walton Funeral Home
Join in honoring their life - plant a memorial tree
Services for Steven Pfeiffer
There are no events scheduled. You can still show your support by planting a tree in memory of Steven Pfeiffer .
Plant a tree in memory of Steven
Print
Online Memory & Photo Sharing Event
Online Event
About this Event

Look inside to read what others have shared
Family and friends are coming together online to create a special keepsake. Every memory left on the online obituary will be automatically included in this book.
View Tribute Book
Share A Memory
Plant a Tree