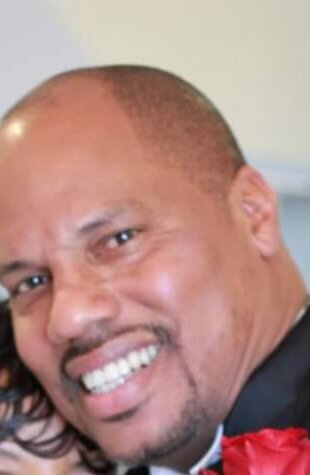 Please share a memory of Daryl to include in a keepsake book for family and friends.
View Tribute Book
Daryl Howard Smith, died peacefully on February 9, 2022, at the Hampton Veterans Medical Center, Hampton, Virginia. Daryl was a native of Los Angeles, CA and the only child born to Bertha E. Smith. He graduated from high school, where he was also named a star football player. Daryl served proudly in the United States Air Force for four years. To aid his blind uncle, he moved to Virginia Beach. He continued his junior college education (that started out in Los Angeles) at Tidewater Community College. Daryl was a strong Christian man, who served as a Deacon at Union Baptist Church in Virginia Beach. After marrying his loving wife, Alberta (Bert to some and Pat to others), he joined her here at Turning Point Church, where he served as one of Dr. Clarence McPherson’s Armor Bearers, the Church Sexton, and a member of the Men’s Ministry. Those who knew Daryl enjoyed his humorous and jolly spirit. Helping others was an evident feature of his character. He will be missed by his family, friends, and acquaintances.
To send flowers to the family or plant a tree in memory of Daryl Smith, please visit Tribute Store
Saturday
26
February

Share Your Memory of
Daryl
Upload Your Memory View All Memories
Be the first to upload a memory!
Share A Memory
Send Flowers
Plant a Tree