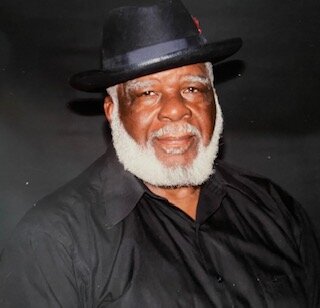 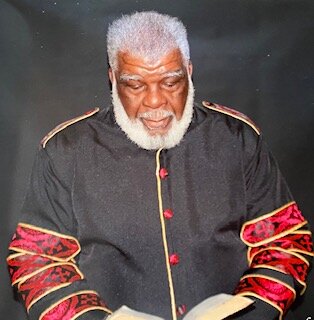 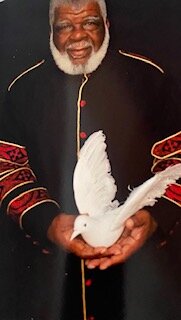 Please share a memory of John to include in a keepsake book for family and friends.
View Tribute Book
Rev. Dr. John L. Harris "Pop" was born March 23, 1942, in Louisa County, Virginia to the late John D. Harris and Stella Trice Harris. His Elementary education was in Louisa County. At the age of 14, the family moved to Norfolk, VA where he got a job delivering groceries (riding his bike), carrying newspapers, and Giant Open-Air Market. He worked 8 hours in the evenings after attending school all day. Upon graduation from Booker T. Washington High School in 1962, he attended Norfolk State University at night and earned an Electrician Certificate while working a full-time job at the Naval Air Station. On September 21, 1962, John married Irene Mae Epps. They have 3 children (Arsenia, Janell, and Xavier). He loved his family and was careful to do whatever was necessary to provide and “spoil” them. Over the years, he worked several jobs: Crane Operator and Construction/Master Builder (flipping houses) on the side. In 1977, the late John L. Harris accepted Christ as his personal Lord and Savior. He was a faithful member and clergyman at New Hope Baptist Church, Pughsville area, Suffolk, VA. In 1993 he received a Bachelor of Divinity from Roanoke Theological Seminary, 1997 Masters of Ministry from Andersonville Baptist Seminary, and 2000 a Doctor of Divinity from United Christian College. He enjoyed family time and traveling. He was a lover of God’s people and had the gift of “helps”. He knew no strangers. He was preceded in death by: John D. and Stella Harris (parents), Virgil Harris (brother), Melton Harris (brother), and Viola Whalen (sister). On Wednesday evening, March 23, 2022, he celebrated with family his 80th (natural) / 45th (spiritual) Birthday. The evening was filled with laughter and Expressions of LOVE! It was a time of Celebration of a Life well spent and a sharing of appreciation from those who were touched by him. His heart was truly made glad. We didn’t know at the time that he had accomplished his earthly assignment and we were being provided our final opportunity to present him with his earthly flowers. On Friday morning, March 25, 2022 at 10:30am, the Lord in His infinite wisdom and grace called “Pop” home. Well Done Thy Good and Faithful Servant! He will be missed by all who knew and loved him. He leaves to cherish his memory his wife of 59 years, Irene; three children: Arsenia Clark (Elder Morris Clark, Sr.) of Suffolk, VA, Janell Willis of Chesapeake, VA, Xavier Harris of Norfolk, VA; five grandchildren: Minister Rondeshia Willis (Fiance’ Eld. Dwight Wilson , Ronnie Willis, Jr., Tatiana Harris, Javier Harris, and Victory Harris; four extended grandchildren: Davida Phillips, Ladonia Yarborough, Meika Jude (Julian), Morris Clark, Jr.; nine great grandchildren: Paris Barnes, London Barnes, Cris Barnes, Jaden Willis, Marley Willis, KaRon Willis, Amari Willis, Ava Hatton and A’mir Grant; 11 extended grandchildren: Emanuel, Isaiah, Gabrielle, Justin, Jontez, Jacob, John, Aleysa, Mikayla, Keyana, Nathanial; three God-children: Elder Johnathan Willis, Mr. Ashley Fulgham, and Dr. Catherine Speight-Edwards; One Special Extended Daughter: Kim Brown-Lynch (Elder Rodney Lynch); One brother, Floyd Harris (Janet) and one sister, Naomi Graves; and a host of nieces, nephews, other relatives and friends.
To send flowers to the family or plant a tree in memory of John Harris, please visit Tribute Store
Tuesday
29
March