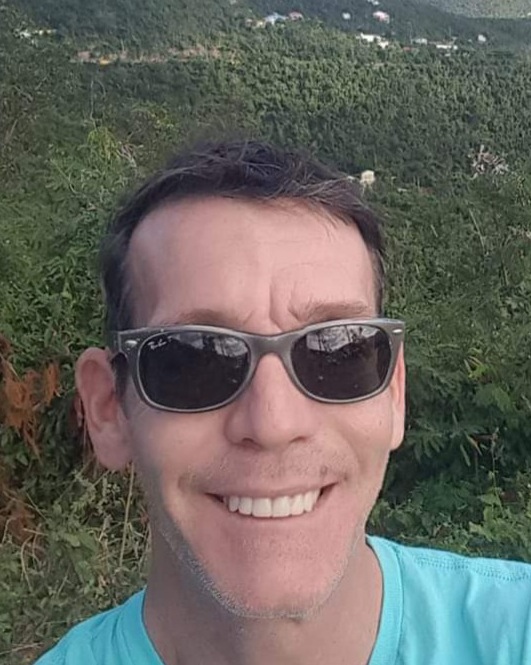 Please share a memory of Sean to include in a keepsake book for family and friends.
View Tribute Book
On Wednesday, July 6, 2022, Sean Christopher Adams passed away peacefully at the age of 54 at his home in Virginia Beach, Virginia. Sean was raised in Colonial Beach, Virginia and was a proud member of the Colonial Beach High School Drifters football team. Sean began his career as an electrician by studying as an apprentice with the International Brotherhood of Electrical Workers (IBEW) in Northern Virginia. He moved to the Hampton Roads area in 2001 and graduated apprentice school. He completed his career as a journeyman wireman with the IBEW Local 80. Sean was an avid lover of music, the beach, and the Dallas Cowboys. In his heaven, he’s on a beach with the ocean at his feet, surrounded by his family and friends who went before him. Sean was preceded in death by his Mother, Sharon Hennessy. He is survived by his children, Thomas Dewitt John, Kaylee Victoria, and Connor Patrick Hennessy Adams; his Father, Richard “Dickie” Adams; Stepmother Carol Adams; Sister Anna Adams, her Husband Steve, and their children Zacharias and Lillith; Stepbrother Jeff Hamrick; as well as his many loving aunts, uncles, cousins, and friends who he adored. Sean's memorial service will be held at a later date.
To plant a beautiful memorial tree in memory of Sean Adams, please visit our Tree Store

Look inside to read what others have shared
Family and friends are coming together online to create a special keepsake. Every memory left on the online obituary will be automatically included in this book.
View Tribute Book
Services for Sean Adams
There are no events scheduled. You can still show your support by planting a tree in memory of Sean Adams.
Plant a tree in memory of Sean