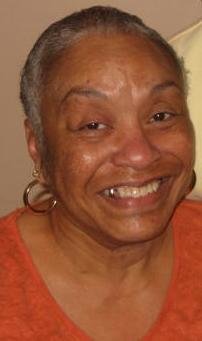 Please share a memory of Wilhelmina to include in a keepsake book for family and friends.
View Tribute Book

Wilhelmina Lowe Lyle was born November 23, 1942, to Edward and Pearlena Lowe, who are both deceased.  She was their first of three children. Her parents raised her and her siblings in Detroit, Michigan.

Wilhelmina grew up attending Saunders Memorial African Methodist Episcopal Church in Detroit.  She attended and earned high achievements from Detroit public schools.  She graduated from Cass Technical High School.  She received a bachelor’s degree from Michigan State University in Speech Therapy, and worked for several years in the Detroit schools system as a therapist to grade school children.

After marrying Hycinto A. Lyle of Detroit, she had a son, Hycinto A. Lyle, II.  He was the joy of her life.  Wilhelmina liked to travel, often spending time with friends in Florida, and vacationing with her sister and nieces on Girl Scout trips, or cruising and enjoying sights with family.

Years later, after her divorce, Wilhelmina moved her career to health systems and worked for Michigan HMO and University of Michigan’s M-Care.  She would go on to work for health systems in  Harrisburg, Pennsylvania and finally, Virginia Beach, Virginia.

Wilhelmina was a ferocious reader.  She enjoyed fiction, non-fiction and bibliographies, and she could often be found reading multiple books simultaneously, and quickly.  She was also a Bible scholar.  In Virginia Beach she became a devoted student of Bible Study Fellowship, where she met many friends. She regularly attended BSF classes in Virginia Beach and even in the Detroit area when she visited her family.  During her recent illness, BSF sisters were at her side daily, providing love, prayer and support.  She was a member of Bridge Church, in Virginia Beach and served as an usher before her health declined.

Wilhelmina is survived by her son, Hycinto Algenon Lyle, II, her brother Richard Lowe (Pamela), her sister, Alethia Carr (Melvin), her nieces, Blakeney Vasquez (Emilio), Lesley Fairrow (Daniel), Ashley Carr and nephew Evan Lowe, many cousins across the country, her sisters of BSF and many friends.

To send flowers to the family or plant a tree in memory of Wilhelmina Lyle, please visit Tribute Store
Print
Friday
29
March