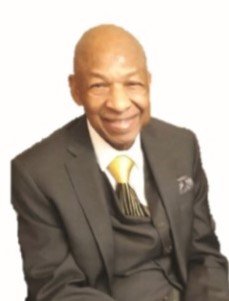 Please share a memory of Rev. Junius to include in a keepsake book for family and friends.
View Tribute Book

Junius C. Robinson was born Wed., July 25, 1945 in Norfolk, VA. He peacefully transitioned to Glory on Tues., April 16th. His parents preceded him in death.

Junius was educated in the Norfolk Public Schools. He served his country in the U.S. Army and fought in the Vietnam War for which he received several honors. Junius was inspired and motivated to better his quality of life, so he moved to NY City. He was employed by the NY City Transit Authority for over 25 years and the NY City Board of Education for 15 years. Junius was an activist for The Civil Rights Movement in the State of NY. He was also a renowned historian and photographer.

In 1988 Junius rededicated his life to the Lord under the leadership of the late Pastors Emmanuel and Lilian Pope of Mt. Pleasant PFC in Bronx, NY where he was a dedicated and faithful member. He served as head deacon, trustee, missionary and assisted Pastor E. Pope in various capacities. Dea. Robinson also served as chauffeur to the presiding bishop of the Golden Council for several years.

Dea. Robinson met Pastor Tammie Robinson while serving in ministry. They were united in Holy Matrimony on August 4, 2001. They were blessed with an anointed marriage of almost 18 years.

Dea. Robinson served faithfully by his wife’s side as they were called to pastor Soul Saving Mission Pentecostal Church, Bronx, NY. He was an ordained Evang. and served as head deacon in the ministry. He will always be remembered for his outstanding knowledge of God’s Word. He was a spiritual giant in the body of Christ and had a reputation of “No Nonsense” in his spiritual walk with God. To all who knew him, he will be greatly missed.

To send flowers to the family or plant a tree in memory of Rev. Junius Robinson, please visit Tribute Store
Friday
26
April