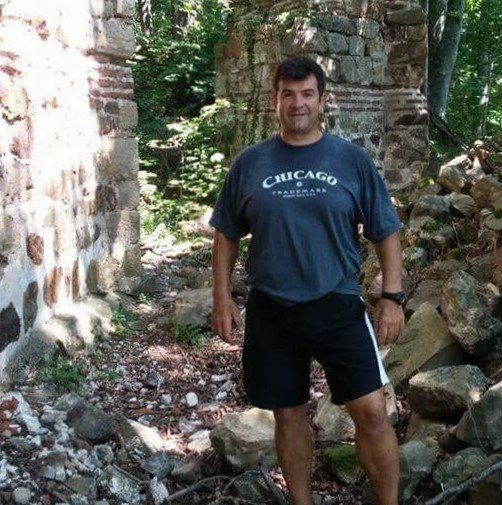 Please share a memory of Ivelin to include in a keepsake book for family and friends.
View Tribute Book

Ivelin Velikov was an amazing man. Everyone that he ever talked to would say the same. He was a great worker, never complaining about his job nor the tasks that his job required. He performed everything that was asked of him with no hesitation. He had exceptional skills in everything that he did. He was a national wrestling champion in Bulgaria. He was a firearms instructor. He was a phenomenal bicyclist. He would bike for seventy miles regularly for months at a time. No matter what ailment came from his age, it never held him back. No matter what obstacle came in his way, it never stopped him. He was truly unstoppable. From the early age of thirteen, he began working his first job to support his family in Bulgaria. This tradition continued until his passing on May 5, 2018. He was a family man, always putting his family first. He always put the needs of others in front of himself. He never asked for anything. He loved fishing, biking, and taking long walks with his dog on the beach. He was a perfect representation of a man who loved the outdoors.  He touched the hearts and lives of everyone he met. He was a role model, the ideal image of what every person should aspire to be. All these things make up the man that was Ivelin Velikov.  He will be missed, but he lives on in the hearts of everyone that he knew. His memory will never fade. To Ivelin Velikov:  husband, father, son, brother, and friend. To Ivelin Velikov: officer, champion, role model, and humanitarian. To Ivelin Velikov, the Hero.

To send flowers to the family or plant a tree in memory of Ivelin Velikov, please visit Tribute Store
Saturday
12
May

Share Your Memory of
Ivelin
Upload Your Memory View All Memories
Be the first to upload a memory!
Share A Memory
Send Flowers
Plant a Tree